A Look Inside the Y-PLAN Resilient by Design Youth Challenge 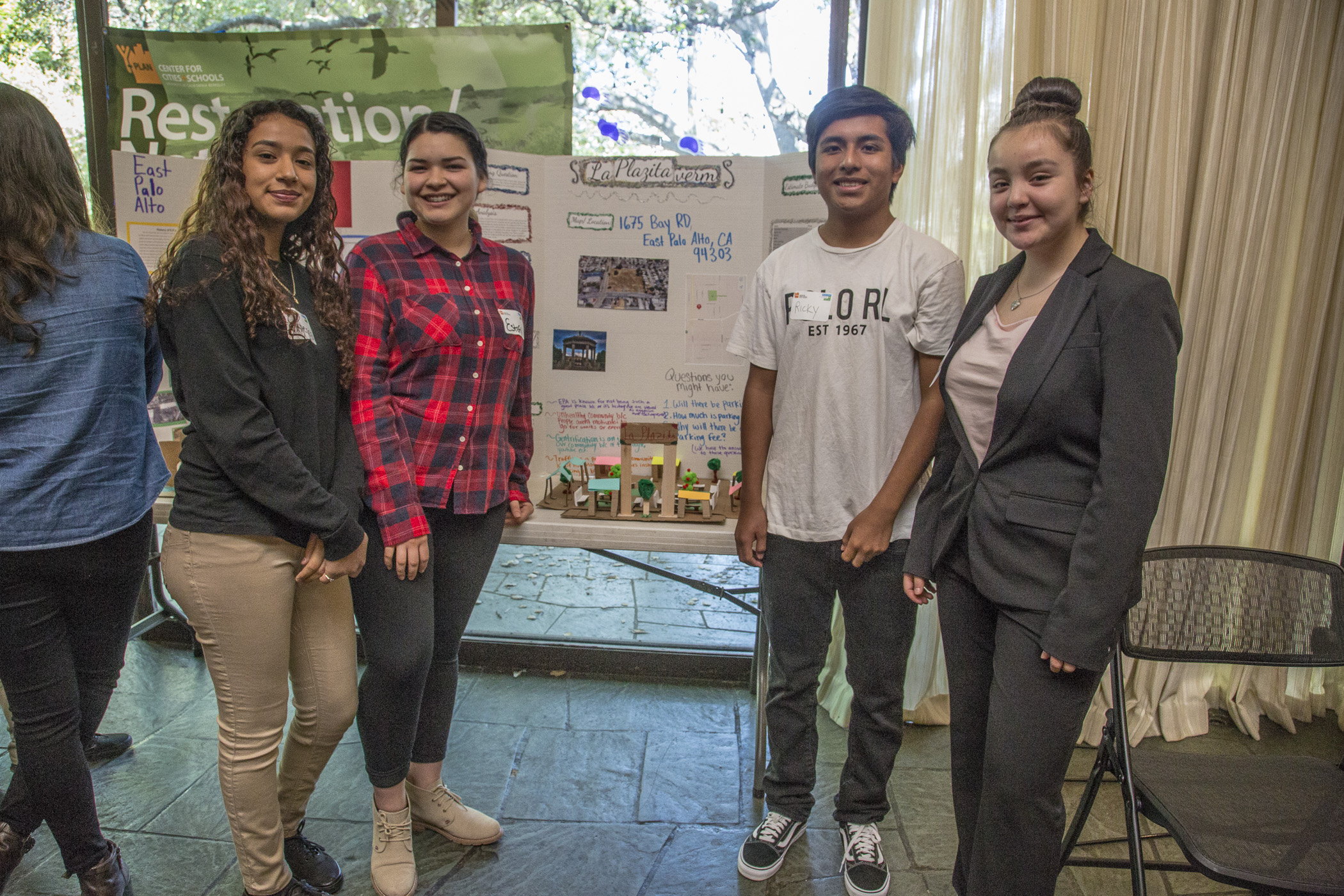 Within the Center for Cities + Schools, the Y-PLAN Initiative examines whether and how we can improve our cities for everyone by including young people in our planning processes. Last year, CC+S partnered with he Resilient by Design | Bay Area Challenge (RbD), a collaborative design challenge that engaged Bay Area communities in planning for a climate resilient region, creating the  Y-PLAN Resilient by Design Youth Challenge to do just that. The omission of youth within the larger RbD Challenge was quickly recognized, and CC+S and RbD responded by creating this parallel youth challenge. The fifteen Bay Area public schools involved responded to the prompt of: “How can we make our communities more resilient to climate change?”

The Y-PLAN Resilient by Design Youth Challenge aligned well with the mission of CC+S. Youth voices were not only heard but celebrated when considering and designing solutions for the Bay Area’s future. The Youth Challenge also marked a new pathway for Y-PLAN projects. Rather than envision designs for a specific city, the 800+ elementary and high school students instead envisioned a regional future. Students in Richmond and East Palo Alto alike grappled with the intersecting issues of rising sea levels and housing displacement. Amanda Eppley, Assistant Director of CC+S, was excited by this prospect. She stated, “It is important for students to see themselves in a bigger picture. Displacement is happening not just to individual communities but to students across our entire region.”

The students brought zestful, innovative perspectives on the impending environmental transformations. Dr. Shirl Buss, Y-PLAN Creative Director, affirmed that “students drive projects that centralize on the human experience and feelings rather than statistics or engineering. They bring the heart back into city planning.” Furthermore, while often left out of crucial planning decisions, in actuality, Bay Area youth are city experts. Students spend the most time exploring the city. Without driver’s licenses, students must use other modes of transportation: walking, public transportation, scooters, etc. Young people are also natural connectors between different groups of people. While adults often associate with people in their age group with similar identities and interests, young people interact with hundreds or even thousands of diverse students every day at school. CC+S focuses on the bridge between education and cities. Amanda Eppley emphasized, “Youth are experts in cities because they live there and experts in schools because they go there.” As experts in their own communities, young people were uniquely positioned to bring the youth perspective into the regional climate resilience conversation and voiced a need to address current challenges they face every day as we plan for our future with climate change.

Roman, a fourth grader from Malcolm X Academy, shares his team’s proposal for the Youth Challenge

Working in a professional setting with visiting planners and city officials and using policy briefs and scientific information about the climate of the Bay Area, the Y-PLAN student scholars devised fresh, imaginative proposals for the Youth Challenge. Students at Malcolm X Academy in San Francisco’s Bayview Hunters Point neighborhood responded to their guiding question of  “What will keep my family, friends, and me safe, strong, and prepared for floods, earthquakes, and other environmental challenges?”  with proposals for bridges, art walks, parks, and wildlife habitats along Islais Creek. Meanwhile, students at Skyline High School in Oakland responded to the prompt of “How can the City of Oakland help California reach its carbon footprint reduction goals through the use of renewable energy systems for transportation and urban planning strategies? How do we mitigate the effects of climate change in Oakland while preserving and preparing current communities?” with proposals for floating solar panels in the Bay that rise as the sea does.

The Youth Challenge was not always met with such enthusiasm, though. Initially, some students, specifically high school students, were skeptical. They expressed two principle concerns: more urgent dangers and gentrification. A majority of the schools participating in the Youth Challenge are located in low income urban neighborhoods. Thus, an important question arises: How does one design for the future when today’s safety and stability may not be ensured? As one Skyline High School Y-PLAN teacher explained, “Gentrification is a really big issue, racism is a really big one … Maslow’s hierarchy of needs comes into play. If they’re worried about getting shot at today, they’re probably not worrying about [sea level rising] tomorrow.” Climate change and rising sea levels might seem inconsequential when compared with lack of affordable housing or pervasive violence. Furthermore, students brought up concerns of gentrification. In the recently released short film on the Youth Challenge, Cota, a student at Oakland’s Skyline High School, shared his initial skepticism about working with Y-PLAN. He feared that designing solutions to reinvigorate cities like Oakland would result in the exclusion of low income, minority populations.

However, this initial skepticism transformed into enthusiasm as Bay Area students recognized their unique potential to contribute to planning conversations that connect to their specific communities. Enthusiasm also arose once students realized that sea level rise and inequalities in their own communities were not mutually exclusive. Rather, students could consider the present and the future simultaneously. Students refocused the broader theme of rising sea levels to include discussions about their own community’s transportation and housing. Dr. Deborah McKoy, Executive Director of CC+S, noted, “Recognizing that the present and future are not mutually exclusive led to a novel authenticity of collaboration. Urban planning is one profession where you’re paid to dream, and it is well known that young people are the best dreamers. This collaboration helped lift up the dreams of Bay Area youth and connect those innovative ideas to a possible future.”

One of the largest and most beneficial contributions of Y-PLAN’s involvement in the Youth Challenge was the relationship fostered between city planners and officials and the communities they design for – and with - in this project. Typically, disconnects may arise between upper middle class city planners and minority communities but opportunities like the Youth Challenge create bridges rather than barriers. Students from around the region and key local and regional stakeholders engaged in dialogue on the Youth Challenge proposals at the Regional Summit last April. The event allowed for young people and adults to find common ground on key issues facing our region. In order for sustainable and inclusive progress to continue, understanding and curiosity between the two groups must be fostered. Myrna Ortiz Villar, Y-PLAN Program Specialist, stated that, “There is a deep necessity for reciprocity between planners and students. Professionals understood that visiting classrooms and attending the Regional Summit were beneficial opportunities to get substantive feedback from students. Those conversations are really where the priorities of students were celebrated.” Ultimately, the Youth Challenge deepened the institualization of young students’ engagement in resiliency and city planning.

These Bay Area students already embodied resilience when the Youth Challenge began; violence, discrimination, and poverty necesitate strength. Ultimately, the Youth Challenge presented these students with an opportunity to connect what they observe daily in their cities to envisioning a sustainable future where their own communities could not only survive, but thrive.

This blog post was written by Elena Moore as part of Swarthmore Extern Week, which pairs current Swarthmore College students with alumni in a variety of professional fields. A sophomore at Swarthmore College, Elena plans to double major in art history and sociology/anthropology and has had an interest in urban planning since high school.