“Beyond the Basics: A Comprehensive Approach to Creating a College-Going Culture in Oakland” by Blanca Gamez-Djokic 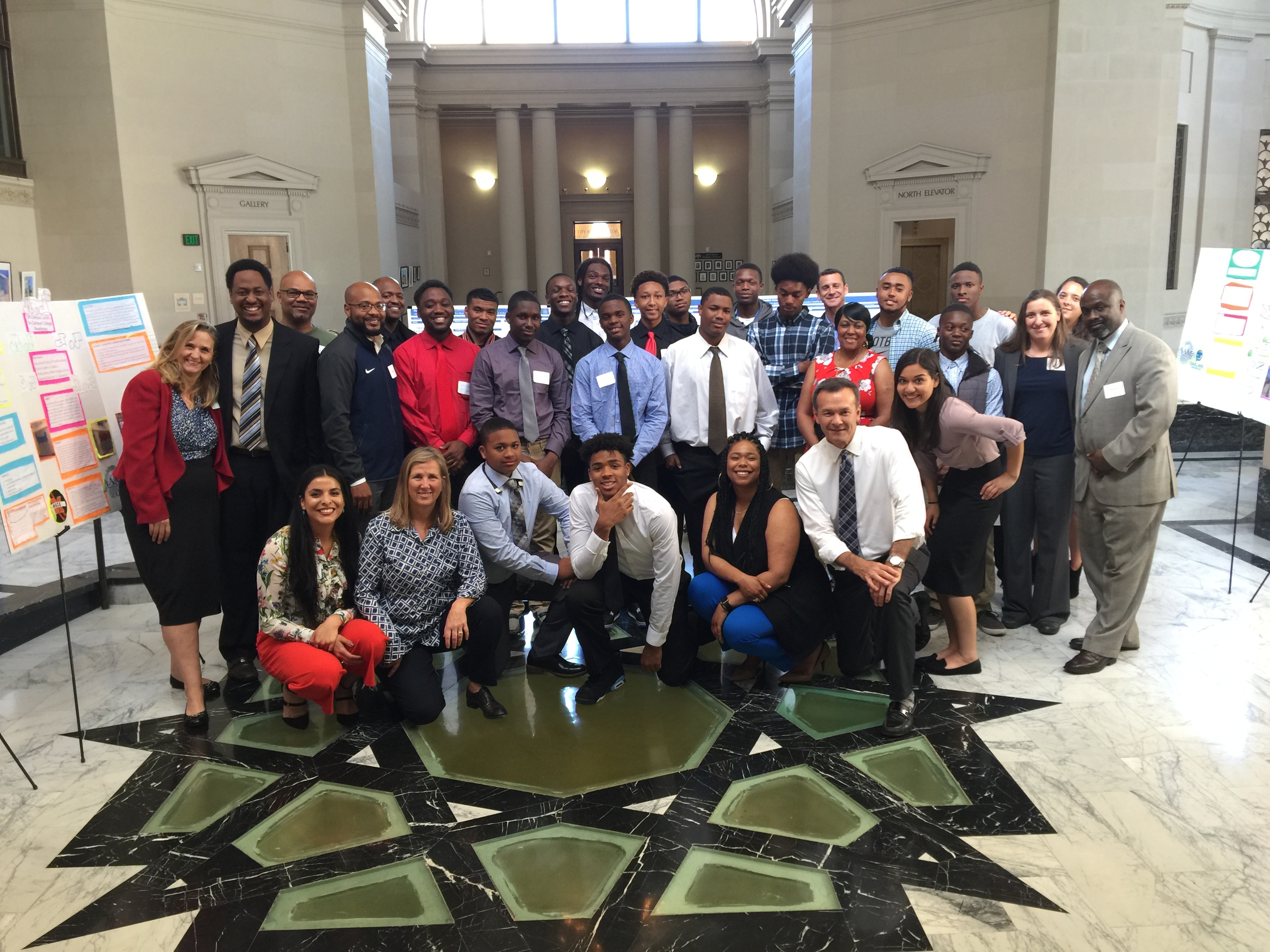 “I believe that the Future Center could be like a foundation for our growth [...] we need people to help us, to be patient, and to see us grow.”  - Peter Diaz, McClymonds High School, Senior

“I think this goes both ways. I believe that the best thing students can do is work hard in their classes, and I understand teachers play a big role in our success, but we play a bigger role in our own success. And I think the biggest issue at Skyline is that they have the mindset that it’s OK to stay up, it’s OK to skip class, it’s OK to leave, and I believe if we had a Future Center to enforce the right kind of mindset for students, it could help a lot of people.”  - Efeson Embay, Skyline High School, Junior

“The Future Center is always meant to be a place of success, a place where everyone who wants to do something with themselves can go. Making sure that youth are OK and that youth are getting by [...] just being able to appreciate themselves as both a human being and as a student. Just asking them how they’re doing - a small thing can trigger a student to be the successful person that they have the potential to be.” - Michael Moore, McClymonds High School, Freshman

These comments are among the many visions, imperatives, and attestations students brought to their plans for the development of Future Centers in their high schools. On Tuesday, May 8th students from African American Male Achievement classes from both McClymonds and Skyline High Schools gathered at Oakland City Hall, in the Mayor’s chambers, to share the results of a semester-long action research project during which they collectively investigated the following research question: How can Oakland Promise design Future Centers to foster a college-going culture bridging school and community for ALL students?

The research project was facilitated through a partnership between Oakland Promise, AAMA, OUSD, and the Center for Cities + Schools located at U.C. Berkeley (CC+S). With support from their teachers, UC Berkeley Y-PLAN mentors, and CC+S coordinators and coaches, students analyzed changes in their communities over the last decade; reflected on how dimensions of their built environment impact relations between people, their wellbeing and their educational trajectories; administered surveys to their school community to better learn about how students and staff relate to their schools; and carefully considered what all of this data might tell them about what kind of college-going culture exists in their communities and schools, and how to further cultivate it. Moving through the five phases of the Y-PLAN research strategy, students were able to see their ideas develop from informed hunches to well-researched and data-driven proposals responding to the project question.

Students presented completed proposals and submitted policy briefs outlining main findings as well as short and long-term recommendations to Mayor Libby Schaaf; director of Future Centers Ay’Anna Moody; Director of Education to the Mayor, David Silver; Director of Equity and Strategic Partnerships, Jose Corona; President of the NAACP Oakland Branch, Cynthia Adams, among other stakeholders. Students’ proposals ranged across a number of issues that impact the flourishing of a college-going culture in their schools and communities - addressing issues from health, nourishment and demonstrations of care in school meal programs, to how decades of gentrification throughout Oakland have manifested in the forms of poor teacher retention, insufficient school funding, and lack of adequate resources. The Roundtable panel format allowed students to direct conversation and identify meaningful and illuminating overlaps in proposals and findings at both schools, one located in the West Oakland flatlands, and the other in the Oakland Hills . Crucially, students’ proposals pointed to the importance of identifying the deeply embedded systemic factors that impact youths’ educational trajectories, the resilience of their communities, and as one group’s research showed - the possibility of “self-actualization” in the face of lacking basic needs.

Students’ proposals were received with great interest and resonated deeply with the stakeholders present. The Roundtable convening emerged not only as a platform through which students were able to leverage deep knowledge of their communities and schools to make perceptive recommendations, but also make claims to their futures. Ranging from 9th - 12th grade, students offered varying perspectives on the project question. One 12th grader discussed his vision that the Future Center work to make academics just as strong a “ticket” into college as sports currently are for his younger classmates, or as he movingly put it, “my other young Kings”. One freshman discussed his profound appreciation for those teachers that invest in their students, and expressed his wish to encounter these kinds of bonds and personal uplift in all of his classrooms[Office3] . Yet another student’s comment compelled the audience to consider students’ roles in their own recommendations, recognizing their responsibility to “show up” and continuously “fight back” in order not to deal with adversity the same way “over and over again”. Indeed, of the many strong contributions offered through students’ proposals, perhaps one of the most powerful arose from students’ discussion, where their reflections both implicitly and explicitly contextualized individual responsibility within a larger consideration of the effects of gentrification and economic disenfranchisement in their communities. That is, while students owned up to their own positionality in change-making, their proposals also boldly recognize the inequities behind placing the onus entirely on them, their teachers, their schools, and their communities. Reflecting on the various issues that impact student attendance rates (during Module 4), one McClymonds student put this tension between individual and systemic responsibility into words simply, “I don’t want to make it seem like this is a bad school, because it’s not. It’s no one’s fault who's here.” The event concluded with comments and questions from stakeholders, many capturing the conceptual and affective frames that oriented students’ proposals. One stakeholder asked, “Do you feel loved at your school?”  In the same vein, CEO of Youth Ventures Joint Powers Authority, Lisa Villareal, asked how practitioners  can shift their mindsets to actively resist implicit bias. AAMA facilitators Jamal Muhammad and Landon Miller, and Director of Equity and Strategic Partnerships, Jose Corona, pointed to a common undergirding thesis in the students’ proposals - structural and systemic disinvestment in particular Oakland communities and issues of equity in school funding. The event wrapped up with projections to see the project through, with students and stakeholders both making vows to hold one another accountable to actualizing students’ recommendations. For their hard work, students were not only given free tickets to see the Oakland As, but were also invited by the Mayor’s office to participate in the implementation of select recommendations in the form of paid internships.