In the Media: Y-PLAN Peninsula Students Lift Up Proposals to Address Affordable Housing, Their Client Facebook is Listening 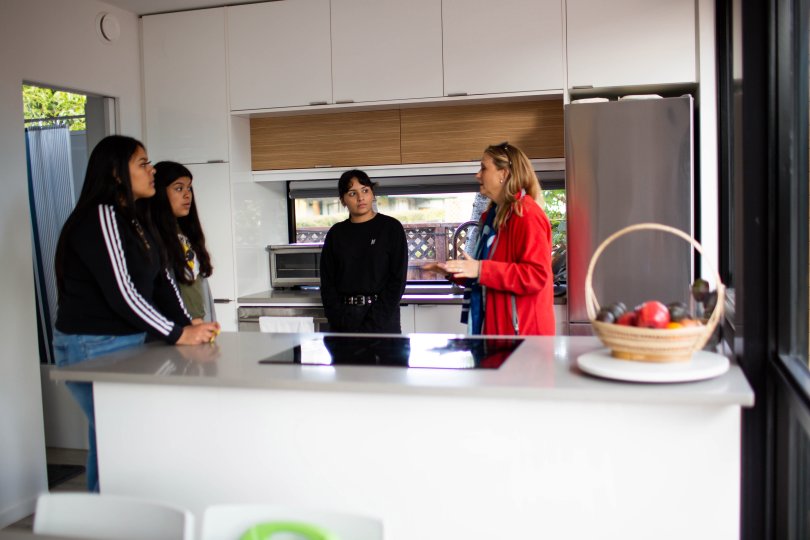 The Y-PLAN press coverage wave has continued! Y-PLAN Peninsula students are starting to see some initial steps taken by their Client Facebook in response to their concerns about affordability and displacement in Menlo Park and East Palo Alto and their proposals for using existing spaces within their communities to increase density and available affordable units. Their story has garnered much press and we’re delighted to see our Y-PLAN student scholars sharing their housing ideas and stories in print, on air, and on our TV screens! Read, watch, and listen below.

When 20 local high school students walked into Facebook’s office last year and laid out their plan for solving the region’s affordable housing shortage, they didn’t really expect the tech executives in the room to listen. But the Facebook team was moved and helped turn the students’ idea into a $1.1 million reality — a pilot program to fund four small backyard granny flats for low-income residents in East Palo Alto and Menlo Park. Facebook will contribute $325,000 to the effort, and Menlo Park-based nonprofit Soup will put in $775,000.

“It’s surreal to kind of see what we talked about actually happening,” said 16-year-old Nataly Manzanero Perez, a sophomore at Sequoia High School in Redwood City.

Building a better Bay Area is a shared responsibility. Along the Peninsula, a group of high school students is rising to the occasion. The group pitched housing solutions to Facebook. Now, they're expecting big results in the form of small backyard housing units.

An effort by some young people to bring the price of housing down for families in the high-priced Bay Area got a big boost from a tech giant. Scott Budman reports.

A million-dollar pilot project is aiming to take a bite out the Bay Area’s housing crisis by making accessory dwelling units more affordable. KCBS Radio reporter Keith Menconi says much of the funding is coming from Facebook, but the idea for the plan was cooked up by low-income youth.