Y-PLAN Mentor Series #2: The Project Begins to Take Form for the Kings 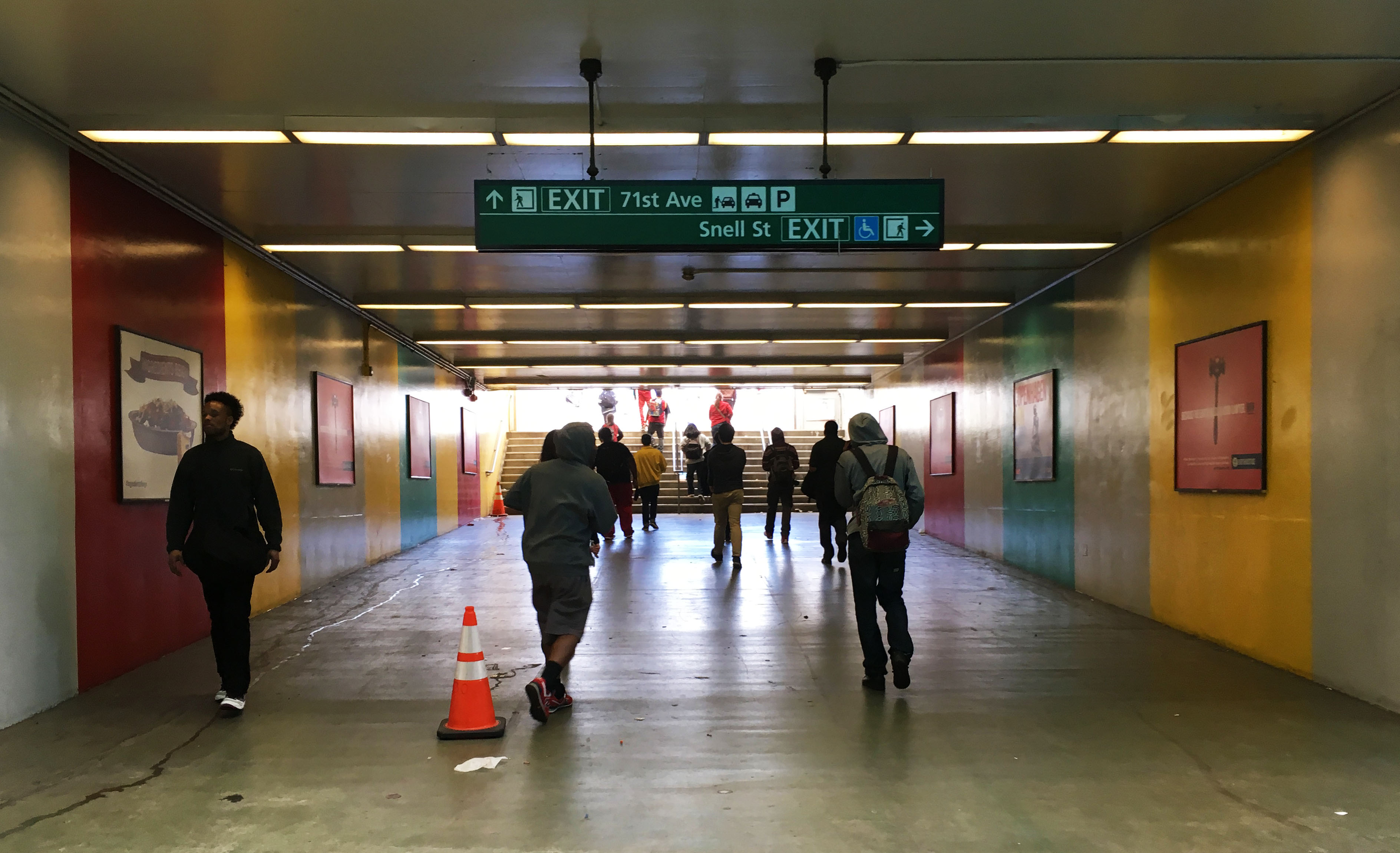 This is the second in a series of blog posts by Selena Perez Tejeda from her perspective as a UC Berkeley student working as a Y-PLAN mentor in Oakland.

Y-PLAN Mentor Series #2: The Project Begins to Take Form for the Kings A couple of weeks ago BART representatives came to the African-American Male Achievement (AAMA) class my group and I are mentoring and presented their question to the Kings*. The whole session was less a presentation and more a discussion between the Kings and BART staff. At the beginning of the presentation it seemed like the presenters were nervous, they did not seem sure that the Kings would pay attention to the presentation, but their attitude quickly changed when the Kings started asking difficult and insightful questions. BART posed the central question, “how can BART better connect stations with the communities they serve?” and continued posing challenges and possible solutions. One of the solutions BART staff presented to get people more connected to the stations is to build housing on the land already owned by BART, for example building a five story building on the land that previously was occupied by parking. When BART posed this solution to getting people closer to the stations the Kings quickly rose their hands asking questions like “What will happen to the parking?” “Who will benefit from this housing?” “How will it make our neighborhoods better?” and “Will the housing be affordable or will it facilitate gentrification in Oakland?”. The BART staff was taken aback by depth of their questions, they commented that those are the questions they ask each other when they are planning changes. Housing was not the only issue the Kings took a stand in, they questioned what BART should do to have better security, they pointed out that BART tickets are too expensive for them, perhaps they could lower the age restrictions on the youth pass to include high school students. The Kings were critical with their questions, and BART was blown away by the rigor of their arguments.

The next class started off rough. The Kings were rowdier than normal and we had to wait about half an hour to start our class. This is a reminder that the Kings that we are working with may have harder lives than some of the adults in the room and not to mention they are high school boys who are already dealing with adolescence. Once the class got started we asked for a debrief on the BART presentation from the week before, most of them disagreed with getting rid of parking, they all wanted cleaner BART stations and more businesses around stations. The main activity of the day was to do a cognitive map of their homes or a place where they hang out with their friends. The purpose of the activity was to get them thinking of the space around them and to introduce them to mapping. They took their time with their drawings and were really excited to share them. One of the Kings talked about his basketball court, another drew a really nice and detailed perspective view of his street, another student drew his way home from the bus stop he uses to get to school, which walking is around 20 minutes away. The Kings are all super insightful, they are proud of their communities and want to make them a better place. The next week all the classes went on an inspiration tour hosted by BART. I had work early that day so I was not able to be there for the beginning of the field trip where they visited model stations and BART headquarters, but I was able to catch the ending when Kings went to explore the stations they are going to be working with. My class is split up between Coliseum station and West Oakland, I was not able to be at both BART stations at once but I did catch the Coliseum tour, a station which I had not personally explored. The BART representative that led our group told us that they are planning to build housing on the parking at Coliseum, a 5 story building with 110 units, half of which will be affordable. The Kings in my tour group, which were not the Kings in the AAMA class I mentor (they went to West Oakland), wondered how that would work. What will happen to the parking at the station? How will it change the surrounding area?

The Kings were listening to what the BART representative was saying, but they did not want to show they were actively listening. Instead they talked amongst themselves and turned their back on the representative or wandered off, but would turn back just long enough to answer or ask a related question. The Kings were becoming increasingly disruptive until one of the Kings stepped up and took control. He told his classmates to listen, he knew his fellow Kings wanted to be at the station, they wanted to learn what was going to be under development, they wanted to participate in shaping their own community, but they just weren’t showing their interest. The adults backed off and let the Kings redirect attention on their own. At the end the King demonstrated his leadership by getting the rest of his classmates to engage positively with the City representative.

The idea of having housing closer to the station is to reduce the dependency on cars and increase BART ridership, but it’s important to keep in mind that people are being forced from their houses because of rising costs of living in the Bay Area, and these students are directly affected by gentrification. Since my Kings were not at that station, and our class is split between West Oakland and Coliseum, the other mentors and I are going to present both stations to them later this week. I’m excited to hear the solutions they will come up with and help them build a proposal and presentation for BART. This week we will do a SWOT (strengths, weaknesses, opportunities, and threats) analysis of their respective stations and start brainstorming ideas to make the stations better.

*AAMA uses the term “Kings” to refer to their students so they start to view themselves and each other as people who deserve to be treated with respect and foster pride in their identity as African American men.