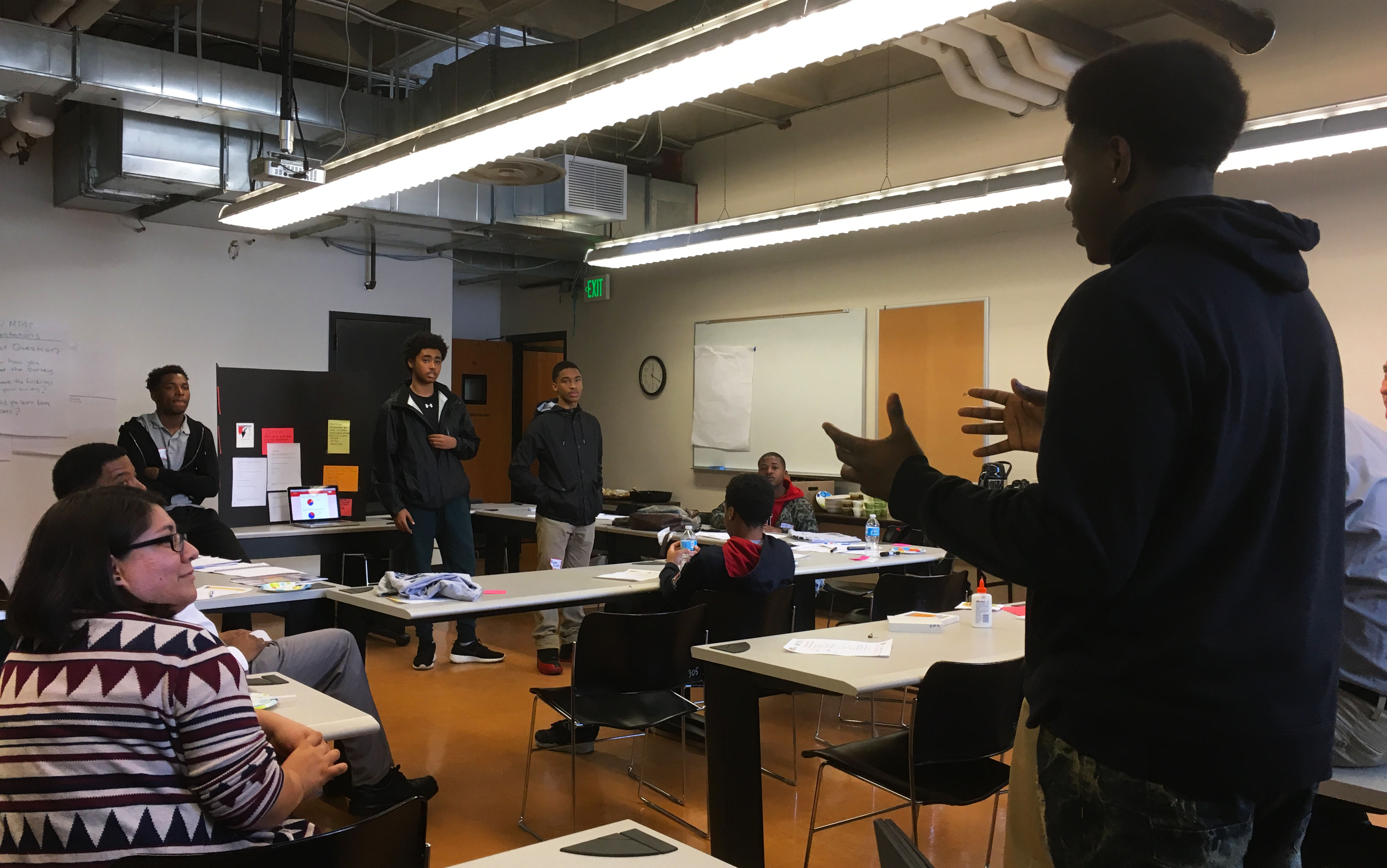 This is the first in a series of blog posts by Selena Perez Tejeda from her perspective as a UC Berkeley student working as a Y-PLAN mentor in Oakland.

I’ve been working at the Center for Cities + Schools since the past summer. During my time working here I have seen the backend of the different projects CC+S has facilitated; but until this semester I had not seen the process of Y-PLAN.

This semester I’m taking the class taught by Dr. Deborah McKoy on Y-PLAN at UC Berkeley. My classmates and I are preparing to begin our mentorship with the students from the African American Male Achievement (AAMA) Initiative in Oakland High and Skyline High as they partner with Bay Area Rapid Transit (BART) to come up with ways to help BART better connect their stations to communities they serve. The students will be picking from either Coliseum, Fruitvale or West Oakland Stations to do their research and come up with creative ways to answer BART’s question.

On Monday January 30th the high school students, BART representatives, and our class met for the first time to go over the project overview. BART representatives presented the challenges of station overcrowding, reduced weekend ridership, and the need for more homes and jobs around the stations. There is a lot of opportunity for growth, the students will have to address these challenges in their proposals to BART.

This past week on February 10th a group of classmates and I had our first class with the AAMA students from Oakland High School. Since our class met at 8:15 am, and as we later learned, a lot of the students live far away from the high school, only about 10 students showed up out of a class of 25. Regardless, the class went great. The students have so much energy and an incredible amount of insight on the community they live in. When we were doing introductions we went around the table asked them what was one thing they like about Oakland and one thing they could change. Most of them agreed that what they like the most is the culture and knowing everyone in their community, but what most of them agreed should change was the violence throughout the city. As young black men, violence is something that affects them directly. When my class was first being introduced to the program and the students,

We were told that students getting shot happens more often than one would want to admit. This is yet another reason why Y-PLAN is such a good fit for the students from AAMA: it is something that allows their voices to be heard and that allows them to make change.

Through Y-PLAN they get this opportunity. In April the Oakland High students I am working with directly will be presenting their research and their proposals for what they think should change around the West Oakland BART station. They will be addressing housing, jobs, art and access in their research. Hopefully, through the work they do, the students will be able to find that their voices matter and that they have a say in how to one day fix the violence in their city.