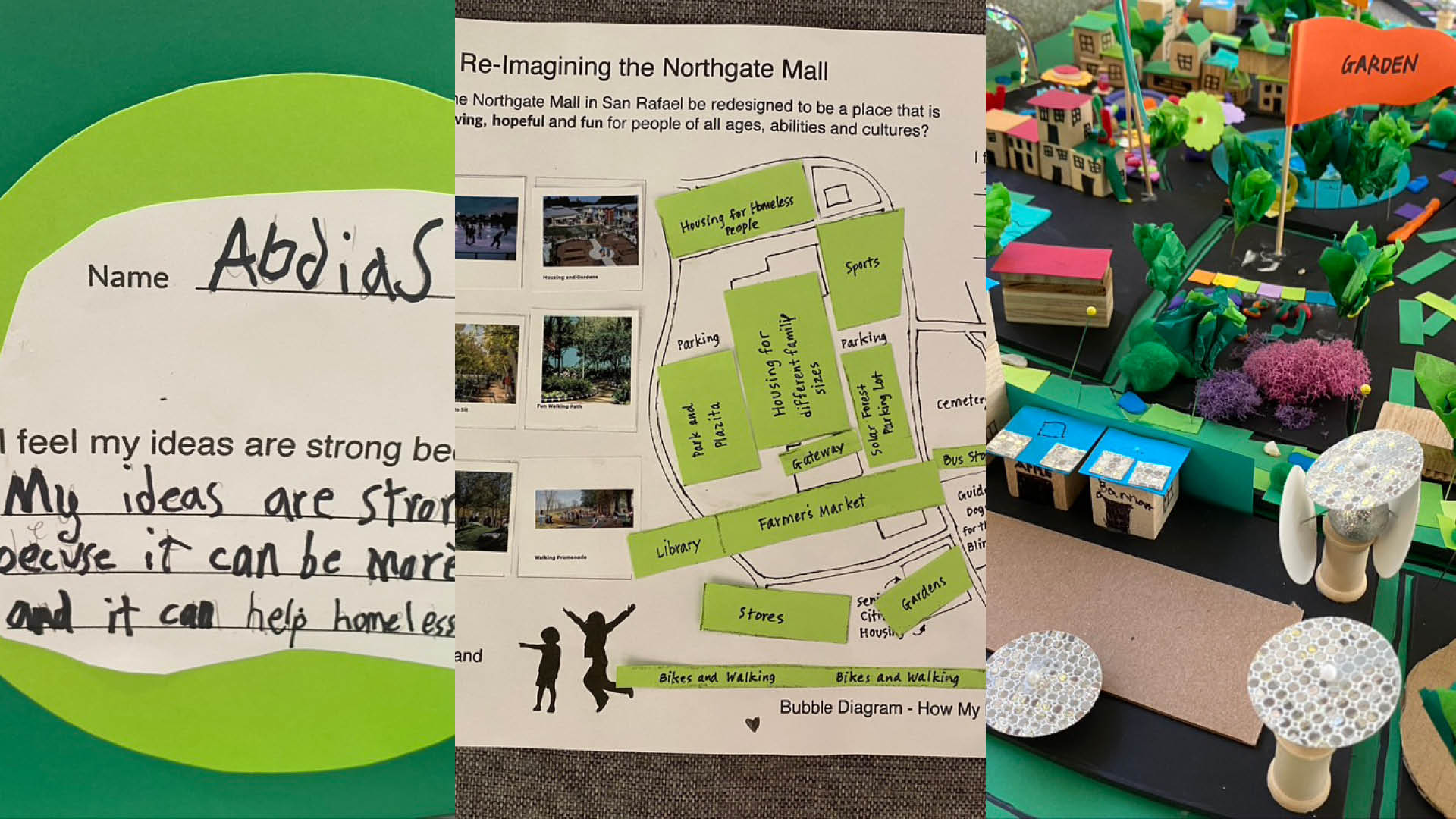 During the darkest and most challenging times of the pandemic, we had the opportunity to witness some of our youngest community members dig in and, despite harsh conditions, offer all of us hope, light, and humanity. Through Y-PLAN—in collaboration with San Rafael’s Youth in  Arts— third-grade students at Laurel Dell Elementary school took on the challenge of reimagining the local Northgate mall. Prior to 2020—like many malls around the country— Northgate was becoming a ‘ghost mall’ as more people shopped online. The pandemic accelerated this trend. Big anchor stores, such as Sears, and many smaller shops closed,  leaving behind vacant spaces throughout the mall.

During the first year of the ‘shutdown,’ these young people were essentially confined to their homes as they pivoted to digital classrooms. Distance learning 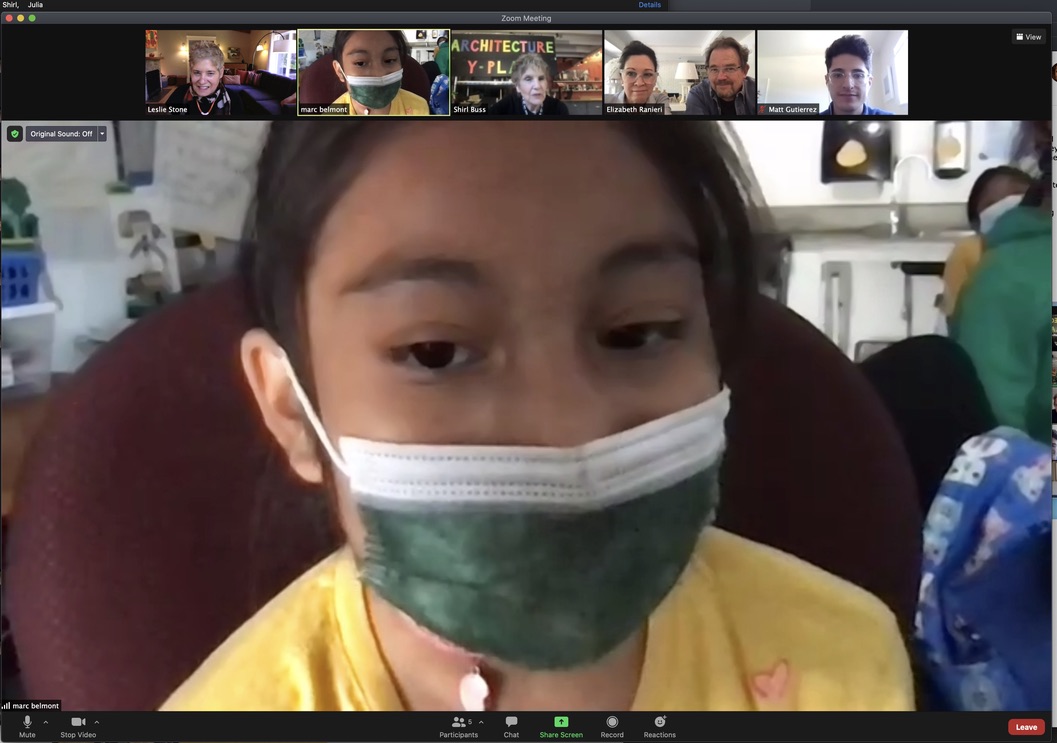 was particularly hard on them, as the format exacerbated existing disparities, such as income inequality, the digital divide, and racism. Many students did not have access to computers or dependable internet connectivity. When they did, they often tried to work in overcrowded or noisy spaces in their homes. Once the San Rafael City Schools helped the children gain digital access, teachers worked feverishly to keep them engaged in an online setting. 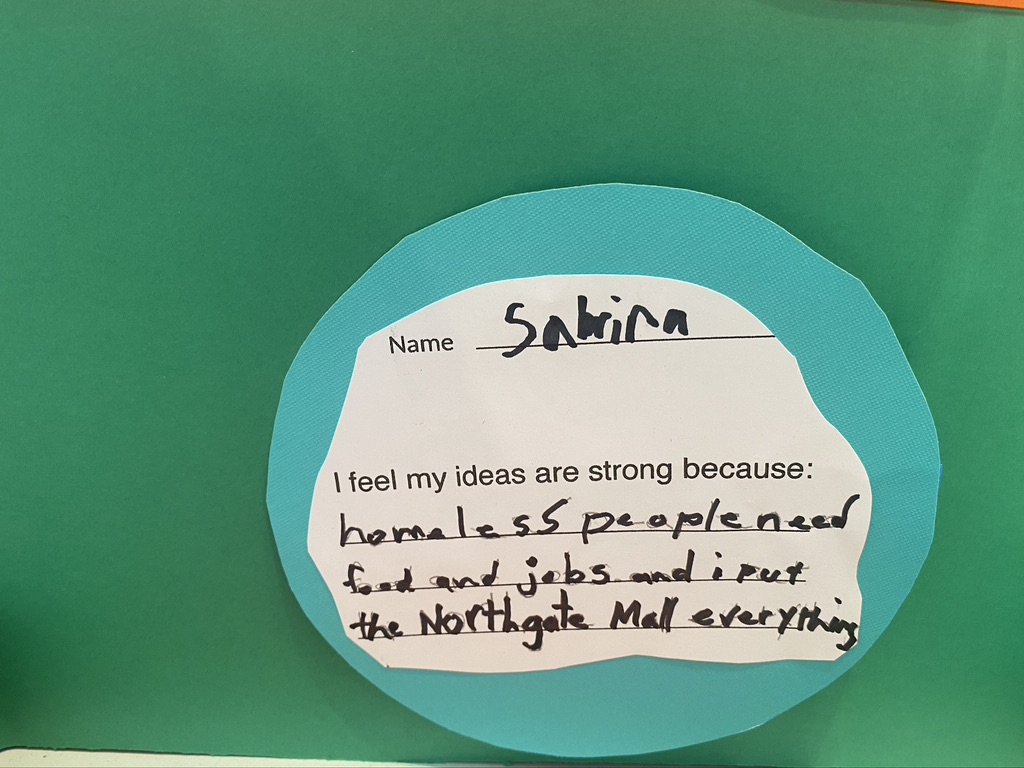 During this time, Y-PLAN and Youth in Arts adapted the curriculum to fit the needs of distance learning. During Zoom sessions, architects and planners introduced 40 third graders to the built environment through videos, slide shows, and “live” demonstrations. Using materials from toolkits we created and distributed, the young students engaged in a variety of challenges from home and, eventually, in socially-distanced classrooms. After weeks of skill-building, we launched the “real-world challenge.”

The third graders took on the question: How can the Northgate Mall be re-imagined to be inviting, thriving, hopeful, and fun for people of all ages, abilities, and cultures? They began by analyzing surveys in which 95% of the children from local elementary schools identified the mall as their favorite place in the city. They studied inspirational examples of places around the world where ‘ghost malls’ have been transformed into vibrant places with recreational resources integrated with housing and stores. Then they grappled with priorities and what actually might fit onto the site. 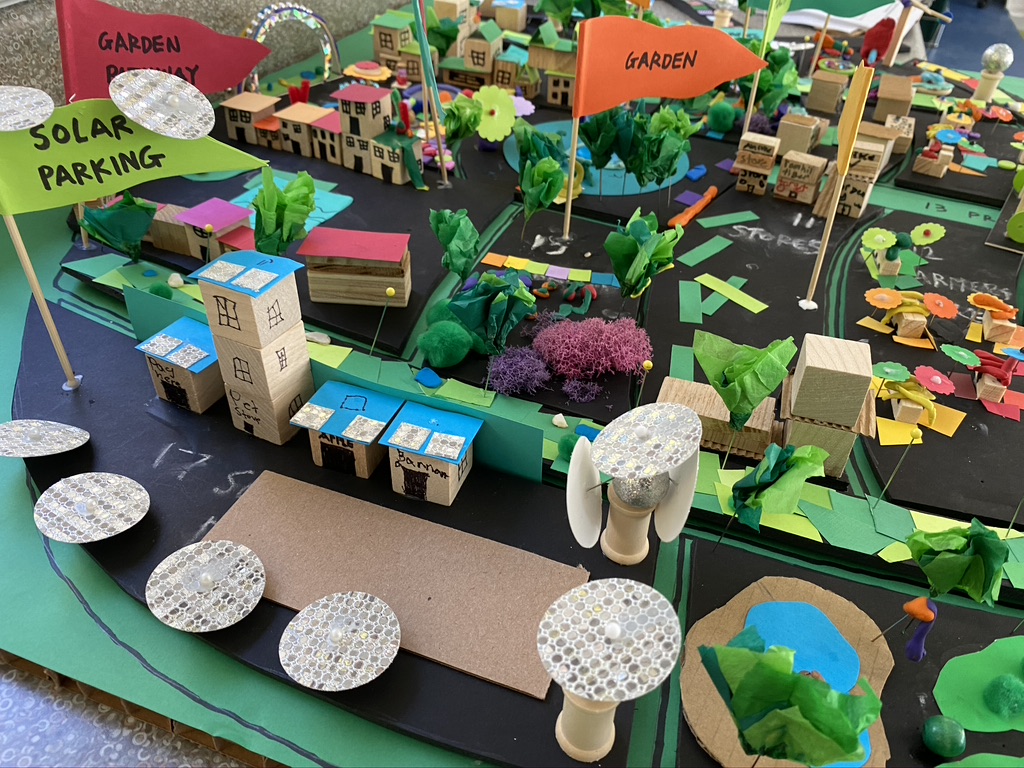 Finally, the students came together to build models of their visions for a re-imagined mall. By  then, they had returned to the classroom with masks and sitting in socially-distanced configurations. With our adult team facilitating via Zoom on big screens in the classroom, each student had a puzzle piece upon which to build one feature for their mall. Despite the physical constraints and the enormity of the challenge, the young people created amazing models, which they then wove together into a cohesive vision of a mixed-use complex. Their proposals featured farmers markets, solar panel-covered parking, dog parks, “fun zones,” gardens, bike paths, and a promenade leading to the Civic Center and Lagoon Park. Additionally, the children expressed their deep commitment to provide affordable housing; one student named Sabrina boldly asserted that “homeless people need food and jobs, and I put everything into the Northgate Mall.”

I was often moved to tears during this process as I witnessed these young students — despite the harsh conditions — show up for their own education and contribute to the common good of our community with an abundance of compassion. They channeled their feelings of isolation and impotence into a sense of connection and agency. During a dark time, they engaged in an inspirational project and expressed their hopes for a vibrant and humane city. 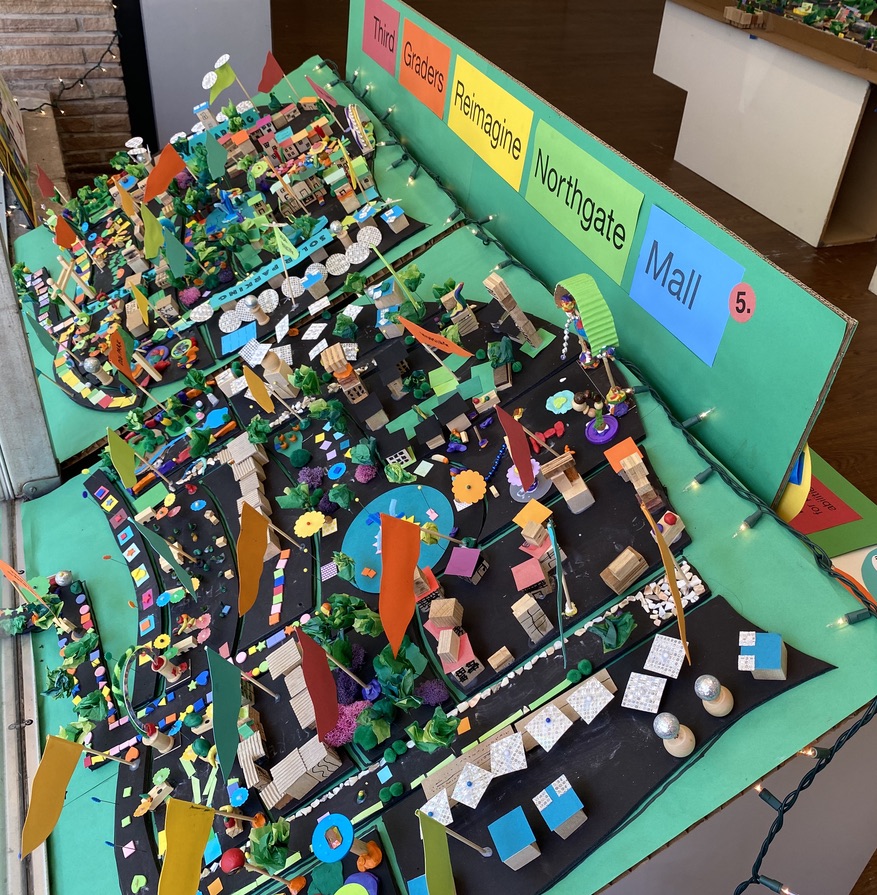