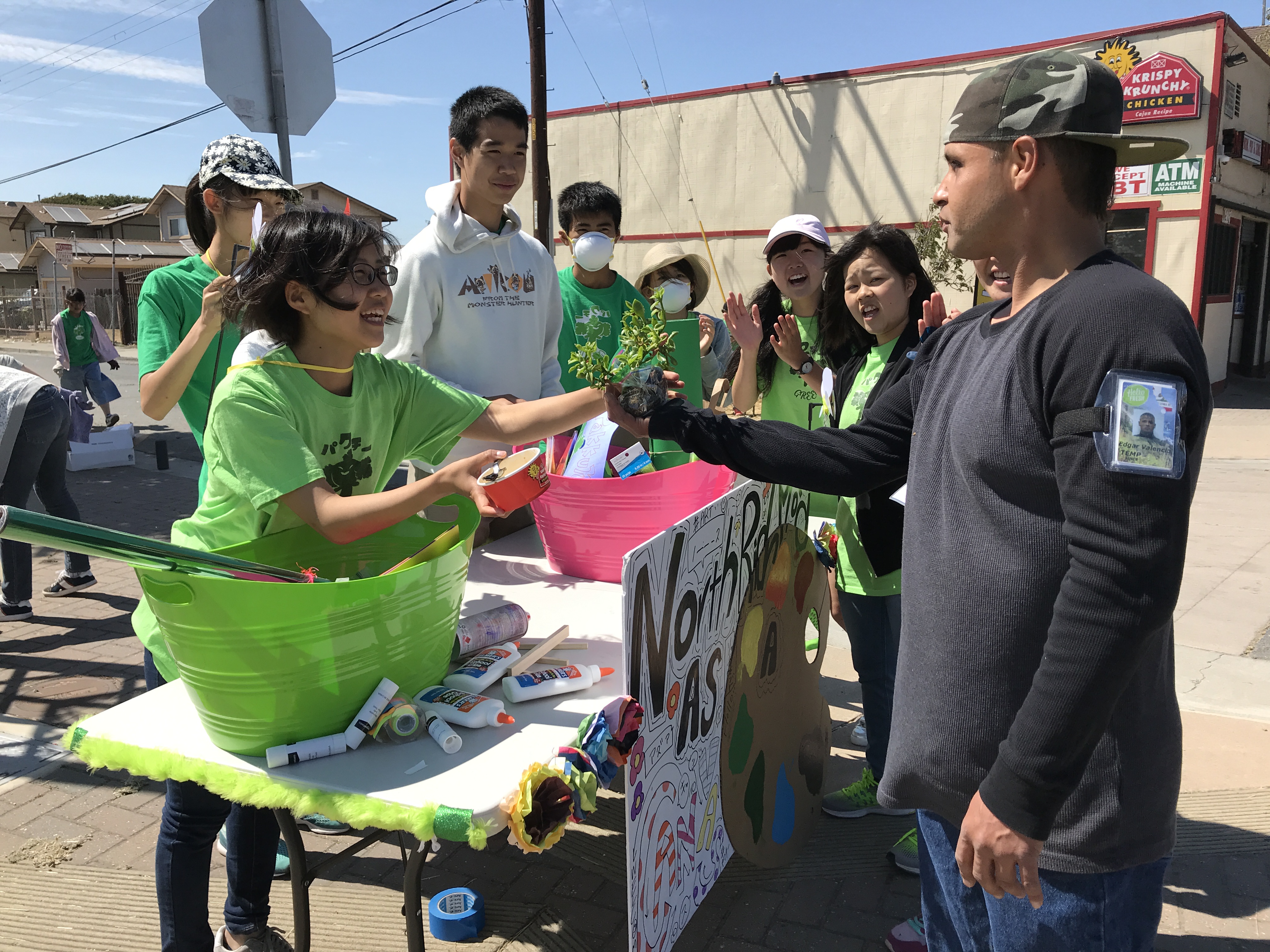 Happy 2019! To start off this year, we're reflecting back on some of our 2018 highlights. Check out this blog on the day of action in North Richmond as part of the Y-PLAN Japan 2018 project.

This summer, CC+S hosted the seventh class of Y-PLAN Japan participants at UC Berkeley. Y-PLAN Japan is an exciting ten-year partnership between the US-Japan Council’s TOMODACHI program, SoftBank, and CC+S to bring students from the Tohoku region where the devastating earthquake and tsunami hit in 2011 to UC Berkeley to develop action research projects for a local site in the Bay Area and for a site back home.

Year 7 represents a significant moment in this project for CC+S, as it highlights the changing memories and impact of the tsunami as each new cohort gets older. When we first began this project, students had distinct memories of the disaster whereas current cohorts have since grown up in a region in recovery mode. As a planning and educational model, we are interested in analyzing how students’ relationship to the tsunami has changed over the course of the project and the role memory plays in proposal development and outcomes.

New to this year’s program was a Day of Action in North Richmond. Through the Y-PLAN 5-Step methodology, the students came up with four short-term proposals for actions they could do in North Richmond to make the community more vibrant. The trick was that the actions they proposed had to be able to be implemented within 2 hours with a $100 budget. The students got to work and came up with four excellent ideas highlighted by the pictures below. 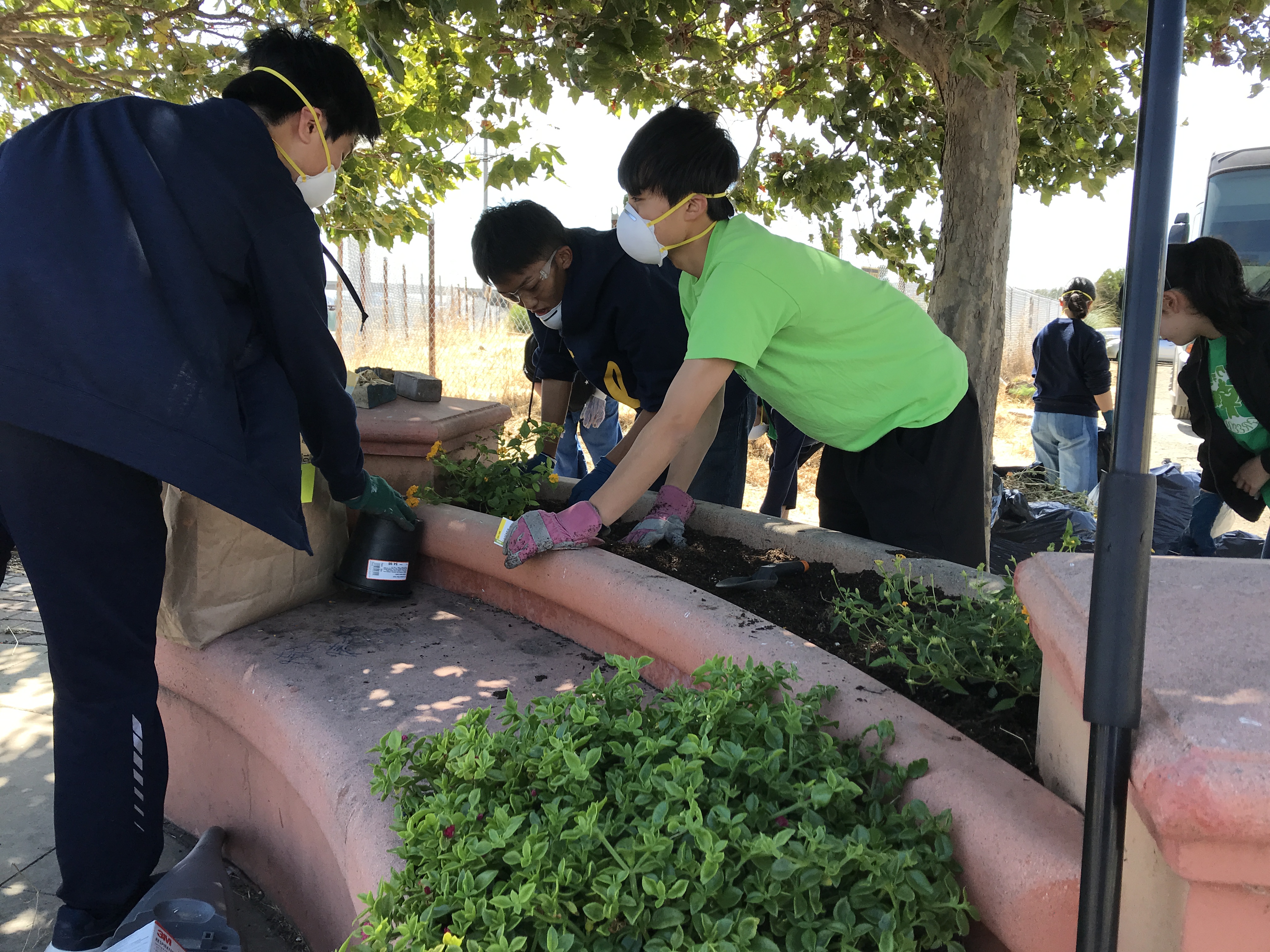 The students in the Green Team came up with the idea of planting drought resistant plants in a traffic roundabout the doubles as a community meeting place. The students also cleaned up the benches, the concrete on the ground, and weeded around the trees. After they were done planting the students did chalk art all over the roundabout, transforming everyday public space into a vibrant work of art. Part of their proposal included setting up a table that would encourage local residents to turn in a piece of garbage for  plants and flowers, a few residents from the community went up to the students and turned their garbage into flowers!

The students in the Blue and Red team both came up with the idea to paint murals on the fence of a North Richmond resident. The Blue Team was inspired by a jazz festival that takes place in one of the student’s home town. In their proposal the student said that the festival connects the community through music. They thought that the idea of a jazz festival, a community event to bring people together, would work well in North Richmond. Since their project for the Day of Action had to be executed in 2 hours they decided to make their mural colorful and music themed. The placement of the mural was also important since it is close to an elementary school. The students in the Blue and Red theme thought it important to make the way to and from school vibrant for the students.

The Red Team saw that North Richmond needed more connectivity and vibrancy. They saw a lot of fences in the neighborhood and noticed that they lacked color. They were inspired by the painting of the local supermarket Rancho Market and how the whole community contributed to making the murals on the store come to life. Their mural included flowers, rainbows, and peace signs. While they were painting the students of the Blue and Red teams were joined by local children and adults who helped in the painting of the murals.

The Gold Team saw that the issue in North Richmond was littering. They thought about the best ways to encourage people to throw away their garbage in the trash cans. They also noted the lack of vibrancy in the neighborhood and saw the need to create an environment that encouraged community bonding and connection. For their Day of Action project they proposed to make artistic trash cans that caught people’s eyes and encouraged them to throw away their garbage instead of littering in the street. They partnered with a local artist to create mosaics with rescued materials that would decorate trash cans around the community.

To learn more about some of the outcomes and impacts of the Y-PLAN Japan project, read our upcoming Y-PLAN Global Tour blog post reporting out a Fall 2018 trip to Tohoku and Melbourne.