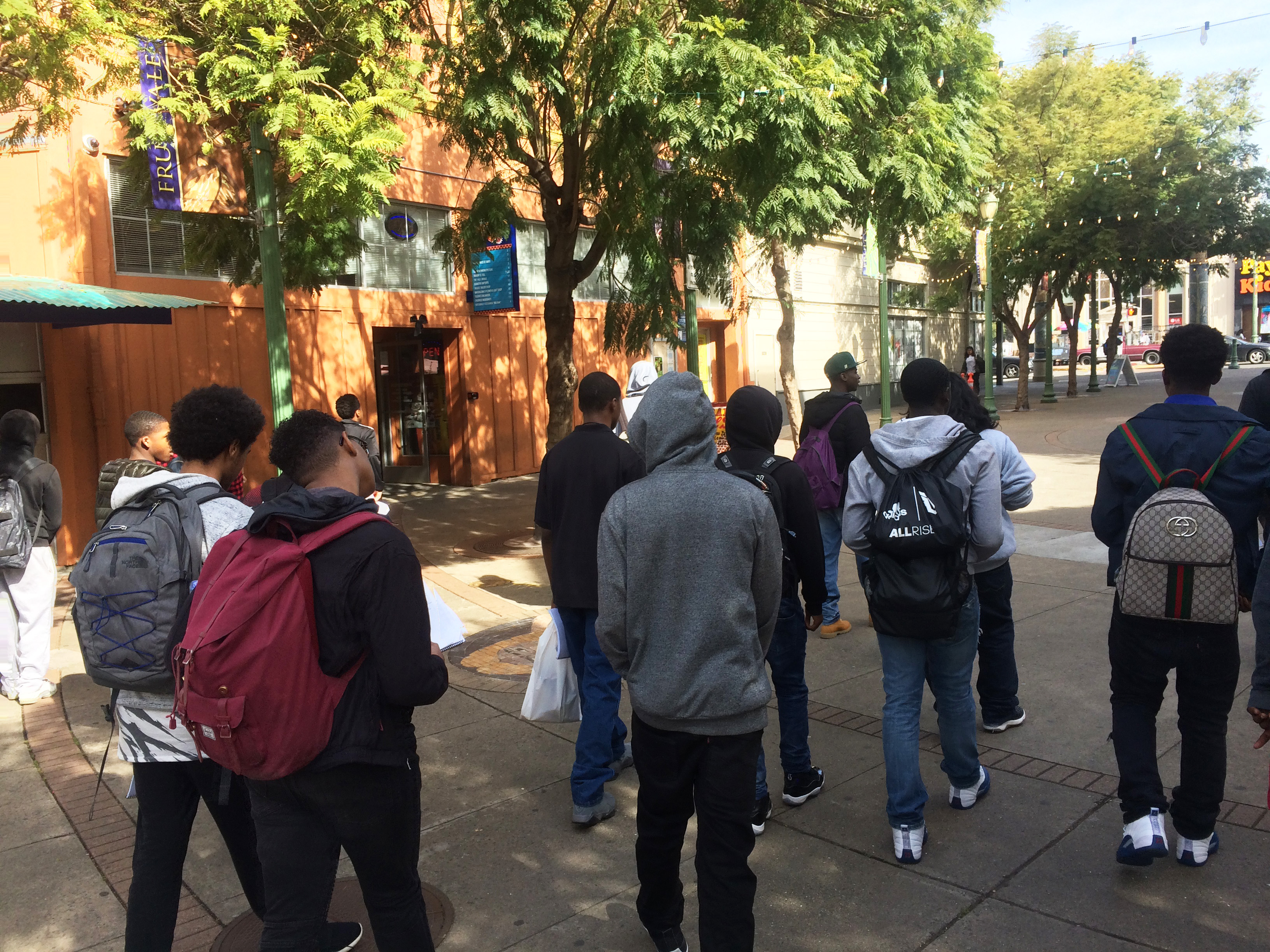 The date is fast approaching! On Monday the AAMA Kings are going to present their proposals to a panel made up off Jerome Gourdine, the director of AAMA, Kiran Jain, the Chief Resilience Officer of the City of Oakland, Jabari Mahiri, a professor of Education In UC Berkeley, Abigail Thorne-Lyman and Jennifer Easton from BART. The Kings are going to have a poster board ready along with a powerpoint presentation for the panel.

The class my group and I are mentoring in Oakland High School was able to draft the poster board and finalize their ideas of the changes they want to propose to BART. All the ideas the Kings have are going to inform BART on how they can build youth friendly Transit Oriented Development, or Youth-TOD. One of the areas the Kings focused on is on improving the neighborhood around the BART stations by replacing parking spots with parklets for children to play while they are waiting with their guardian for a ride from BART. The idea of the parklet stemmed from the Kings’ concern that children may not always feel safe at BART or they may get bored. The parklet would also encourage guardians to travel with their children on BART rather than drive. 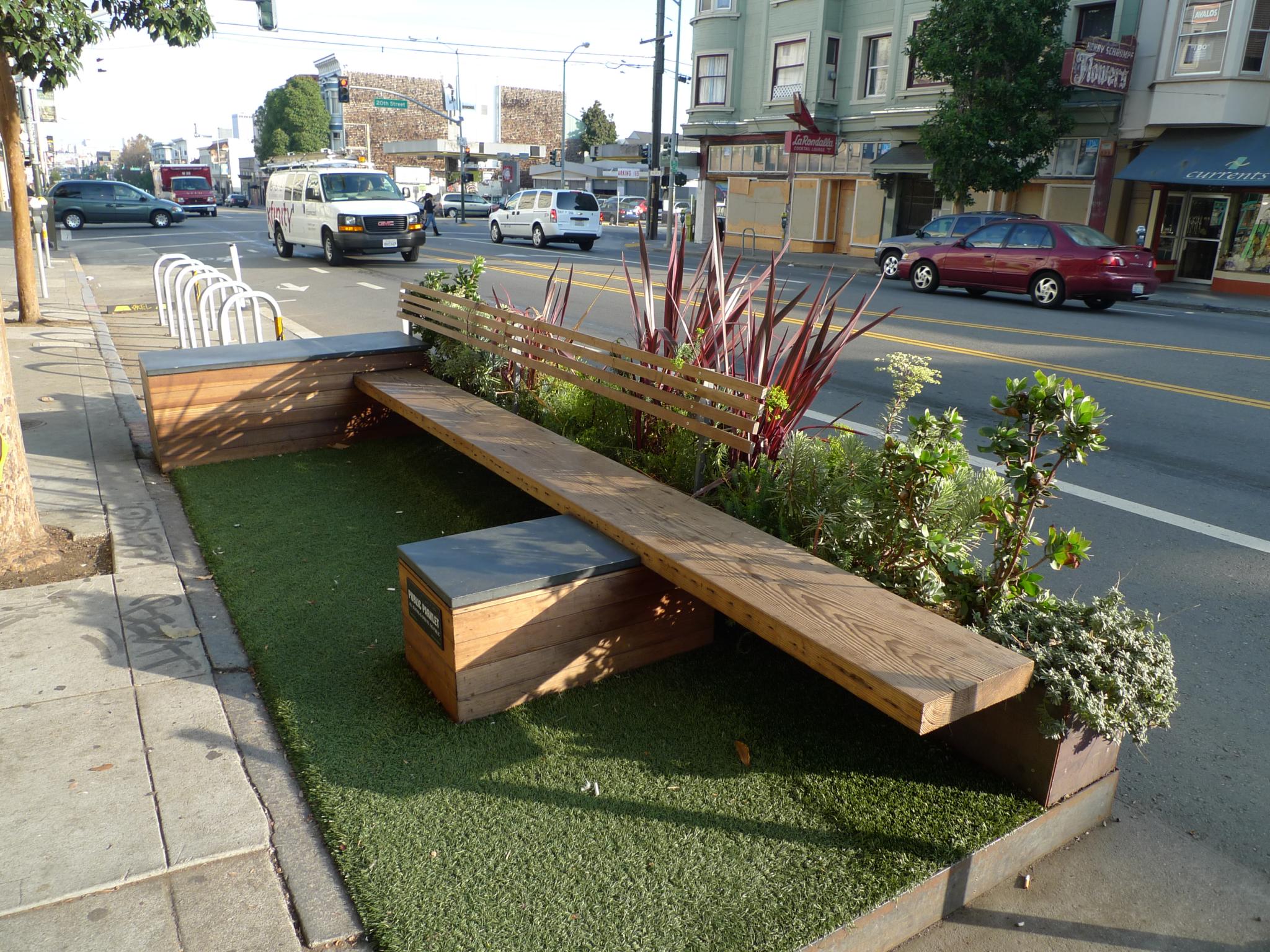 Within the same idea of improving the neighborhood the Kings also wanted to stress how important it was to build affordable housing around the BART. The class is still a bit split between prioritizing parking or getting rid of the BART parking and instead building housing developments. The students who want to keep the parking point out that there are people who ride BART that come from very far away and need to park their car, the ones who want housing are arguing that housing is more important because gentrification is pushing long time Oakland residents out, some of which are the people who now have to use their car to get to the BART station. Yet all the Kings agree that BART needs to prioritize affordable housing. One King explained how he wants to stay in Oakland after high school, and once he moves out from home, but is afraid he will be pushed out. He wants BART to know that they need to help facilitate the retention of Oakland’s youth.

Another one of their ideas was to have more food establishments around the station. At the beginning of the semester the Kings went through what a food desert was and realized that there is not too much healthy food in their establishment. They believe that having food establishments close to BART will be good for the community and will also attract people to the BART station.

Another one of their focuses is on technology. One King told the class a story of how he was able to find a hidden electrical outlet under one of the seats in the train. He expressed that it is necessary for young people to have access to electricity because they need their phones in case of emergencies and to communicate with whoever is picking them up from BART. They have the idea of a charging station and wifi in the BART station. Their argument is that students and working people can do their homework or work while on their commute, it would also provide entertainment for the riders and make commuting to work more attractive. The Kings said that this is their generation; they need their phones in their everyday life. One of the recommendations that goes on with this proposal is that the charging stations be powered with solar power, therefore curbing some of the cost of having them installed and maintaining them. 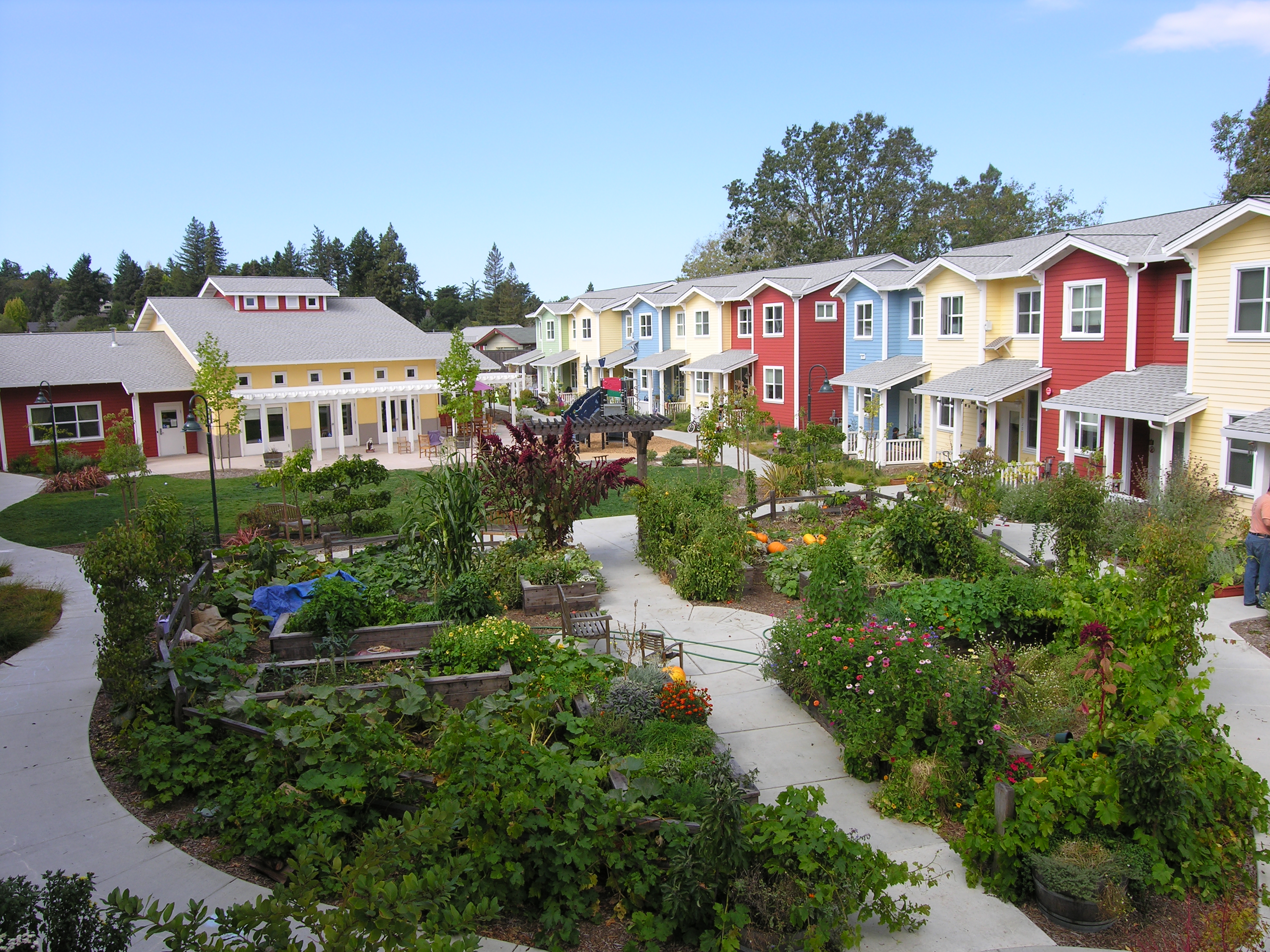 The final recommendation they are going to give focuses on comfort, One student even said he wished the seats were made of cotton filled silk wrapped cushions rather than concrete. He said he wanted to feel like a first class rider when getting on BART. Although his idea of the silk cushions is not completely weatherproof, the reason behind the idea is what is important. This same King often brings up how he is turned off by the BART stations because they are dirty. He does not want to feel like a second class citizen when riding BART, he believes riders deserve to  have a sense of luxury and comfort when riding. The Kings also came up with the idea of having better weather shelters in the stations. They said the stations often don't provide protection from the rain and wind, making the commute even more dreadful, they propose that a three sided shelter, similar to some bus stops, would much better protect BART riders. They also believe that having more comfort within the BART station will attract riders.

It has been really insightful to work with the Kings, their ideas are answers to questions we are trying to answer as college students, and questions BART is contemplating on a daily basis. They provide a fresh insight without the pressure of an adult or of a transportation agency. It is important to take their recommendations seriously, these young men live in the neighborhoods BART is proposing to change, they are living through the gentrification of their home and are seeing their neighborhood change.

I was moved when the King said he wanted BART to make sure that the young people of Oakland can afford to stay in Oakland. I recently had a conversation with an old friend whose family is looking to move to a new city, she expressed how her family is not even considering Oakland because of the local reputation the city has of being dangerous. What makes Oakland dangerous is that mentality, the othering of a place because of its racial makeup. I recently heard the phrase “spatialization of race and racialization of space,” that phrase is instrumental in understanding why my old friend’s family does not want to move to Oakland. They grew up in the Bay Area with the idea that Oakland is dangerous and that it should be ignored because of that violence. What Oakland needs is not to be ignored; the communities in Oakland deserve to have their voices heard. 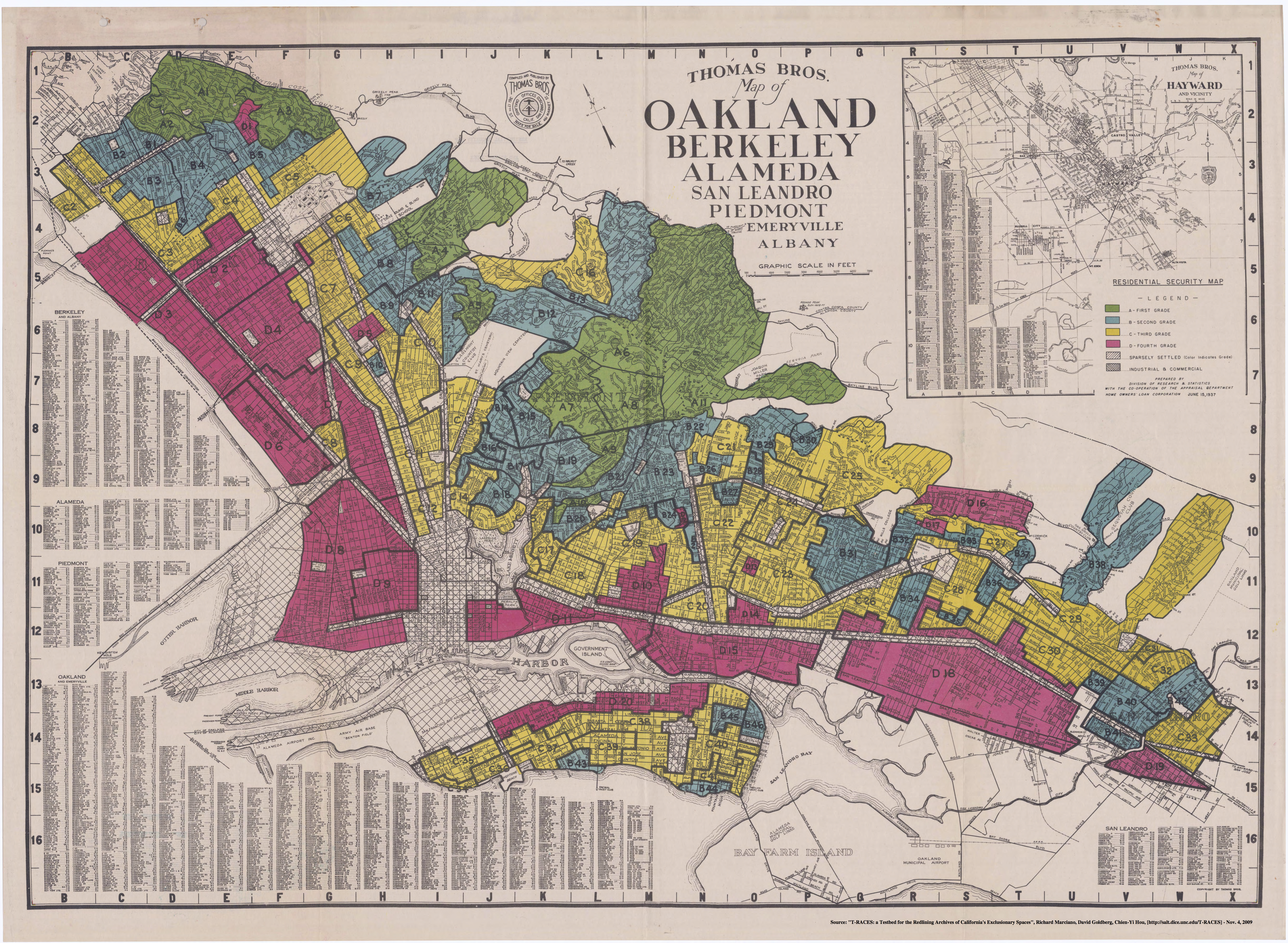 It is true that the crime rate in Oakland is higher than any other city in the Bay Area but one has to consider the socio-economic conditions that made this possible. The Bay Area has a dark history of redlining, an action which designated neighborhoods were allowed to get home loans with good interest rates and other neighborhoods, namely neighborhoods with a high number of people of color, were denied home loans because they were considered a high risk population. Redlining is one of the reasons why Oakland is racially segregated to this day, with North Oakland being mostly white and East and West Oakland being mostly black. Relining created an environment where the white neighborhoods had the resources to be maintained and the poor neighborhoods did not. This trend continued to be enforced with the creation of black crime through the War on Drugs which targeted communities of color by attacking crack cocaine and giving lighter sentences with those who just possed cocaine. Additionally, living in an impoverished place often leads to people having to commit survival crimes, a crime that is literally done in order to be able to live, when your options are to follow the law and maybe not have food to feed your family or to break the law and steal or sell drugs to make extra money and be able to live the choice becomes clear.

The youth in Oakland understand that their point of view has rarely been considered when changes in their neighborhoods happen. These students have had loved ones die from the violence that was created through a number of policies that kept their neighborhoods poor.

It is our responsibility to listen to them if we want to make Oakland the place these Kings deserve to live in.